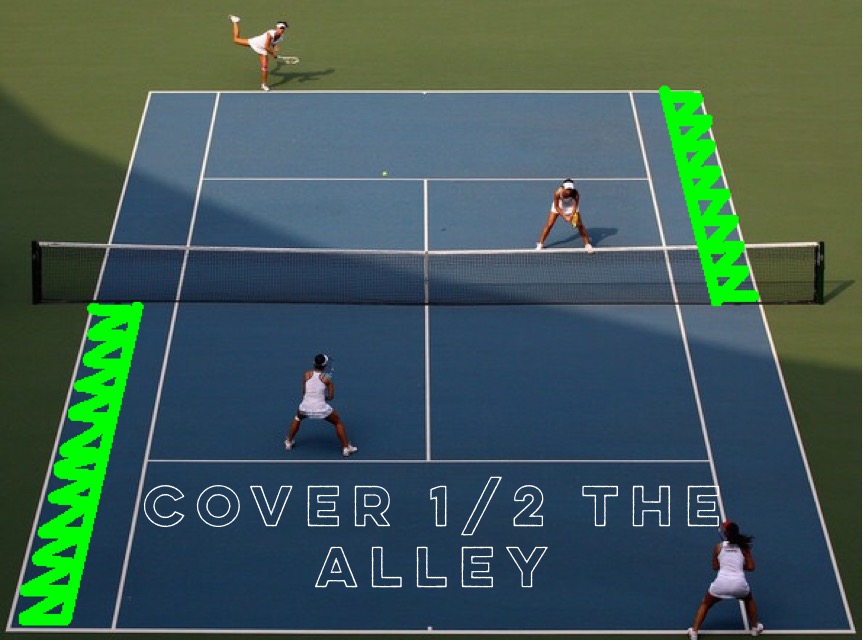 Hitting a groundstroke down the line from a cross court ball is statistically the most common error in tennis. Simply put. It’s very hard to consistently hit the ball down the alley and past the net player. *Try hitting an aggressive ball down the line alley from a dead ball feed. Give yourself 10 attempts and see how well you do. I’m not saying going down the line alley is not a good shot (it’s crucial to keeping the net player honest), all I’m saying is that its much harder than going cross court, so as a net player you should prepare to expect more cross court balls than alley lines. Therefore, its smart tennis to position yourself in a way that you can cover more of the middle while at net.

I suggest that my players position themselves at the net in a place that they can cover 1/2 of the alley with a strong lunge. This positioning is going to make you more aggressive and available to intercept balls coming cross court from the opposing net player, and also serve as alley bait for the baseline player to take the risk of going down the line.

Most recreational net players assume responsibility when they get passed down the alley line. I contend that if you get passed down the line by the baseline player, that typically it is your partners weak groundstroke or serve that made the line alley available. If you retreat to the alley after getting passed a couple of times, you are giving your opponent the easiest possible direction (cross court) and basically making your partner play singles. If your partner is consistently leaving balls short and weak for your opponent to attack, then be prepared to defend the line, but refrain from covering more than half the alley! 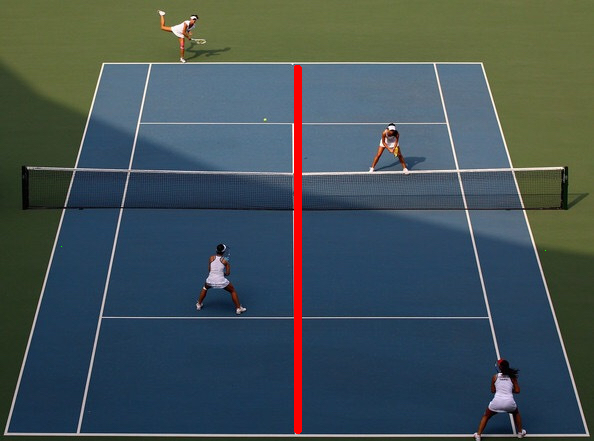 If you think of the image above as a good representation of your partner and your sides of the court, then you’re doing it wrong. The centre line does not divide the doubles court! A more accurate representation of doubles court coverage is the image below.  You can think of the net player as controlling the airspace in their section of  the court then they become a much greater threat to be involved in baseline exchanges. 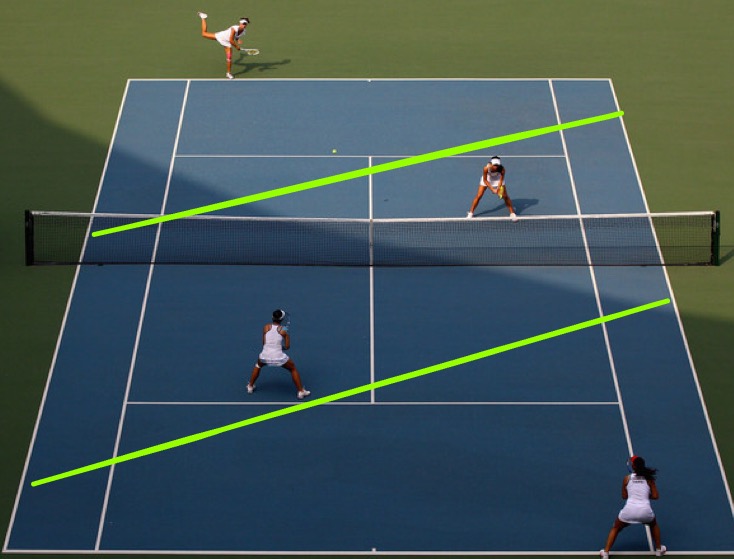 Once you learn to cover the most traffic heavy areas of the doubles court, you will force your opponents to take more risks to beat you, and receive more free points from errors in return. Have fun improving your court coverage and your net play on the doubles court.

See you on the courts,